Last year my sister Terry was excited to give me a big ball of yarn, “already-woven yarn;” she was sure I would like it. It was a dense, heavy ball of fabric strips that were pressed and folded, and even sewn together — way over the top rag preparation. 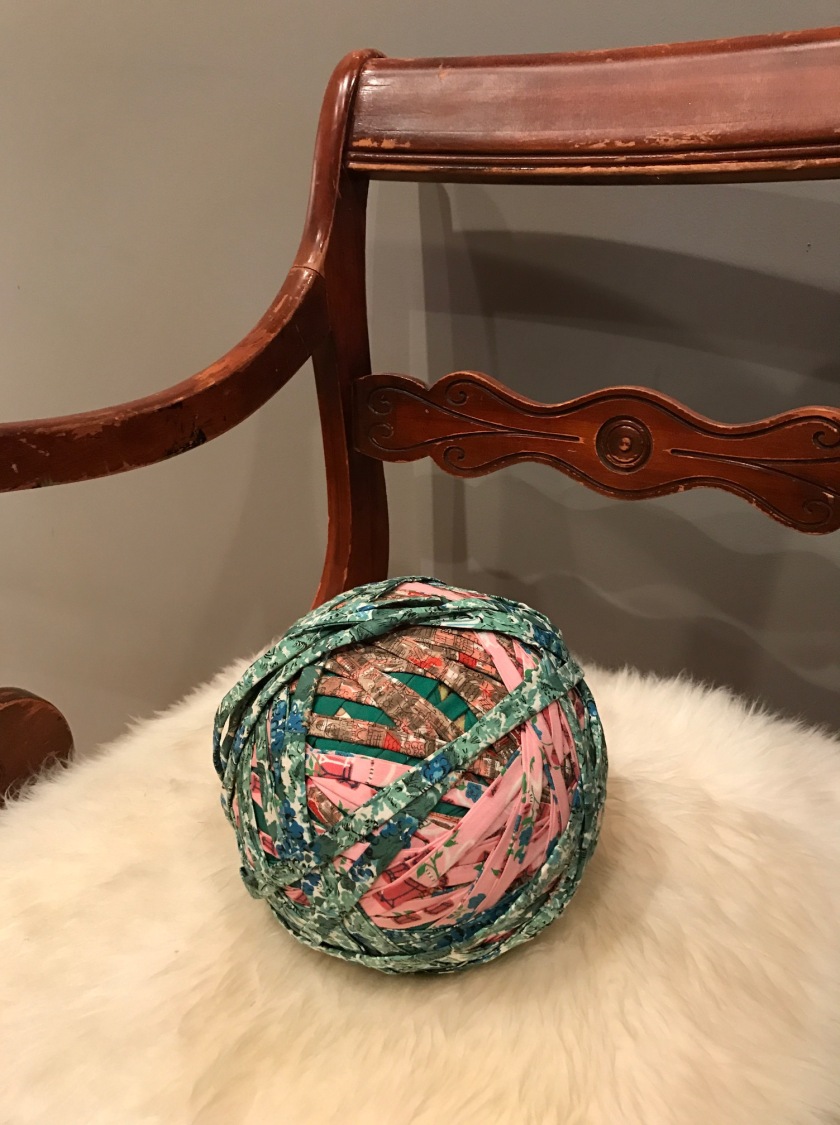 I decided that after completing a time-consuming weaving I would finish up the warp by weaving up the mystery ball.  My “rule” was that after weaving a nice striped pink and linen header, I had to use the fabrics as they came off the ball. I thought that fate decreed that the random result would be pleasing in the old-fashioned hit-and-miss rag rug tradition. 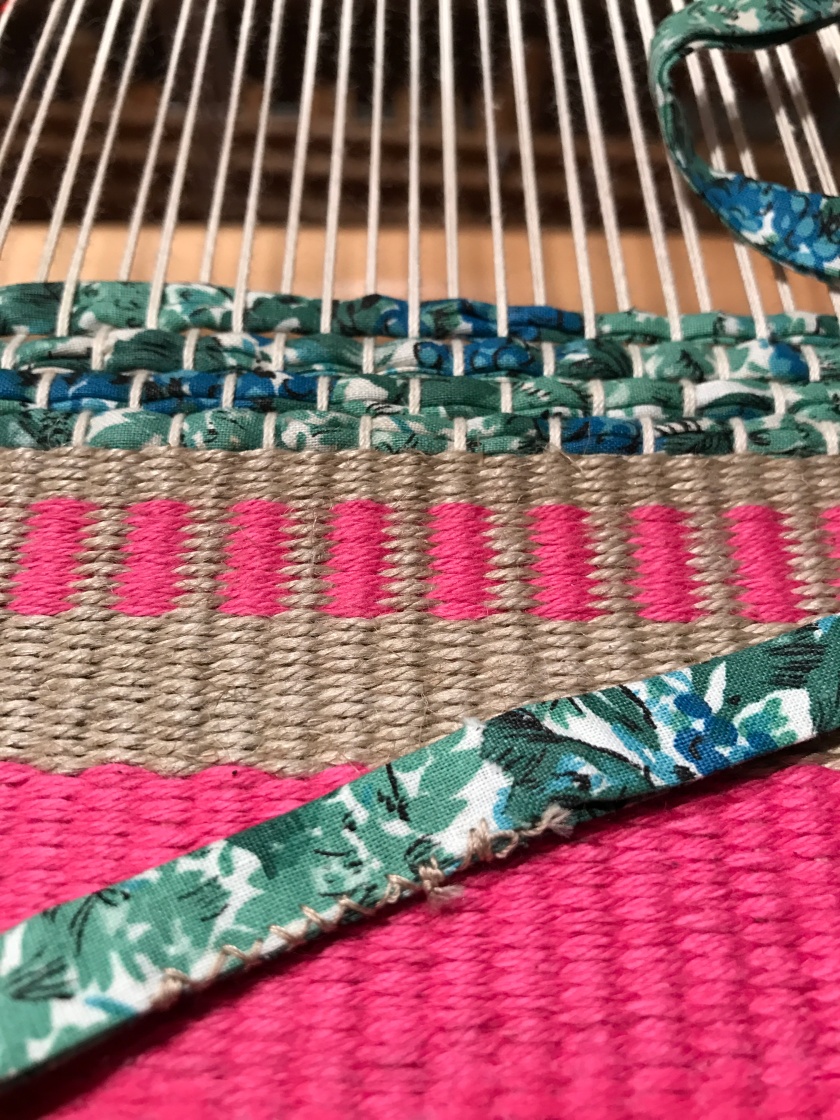 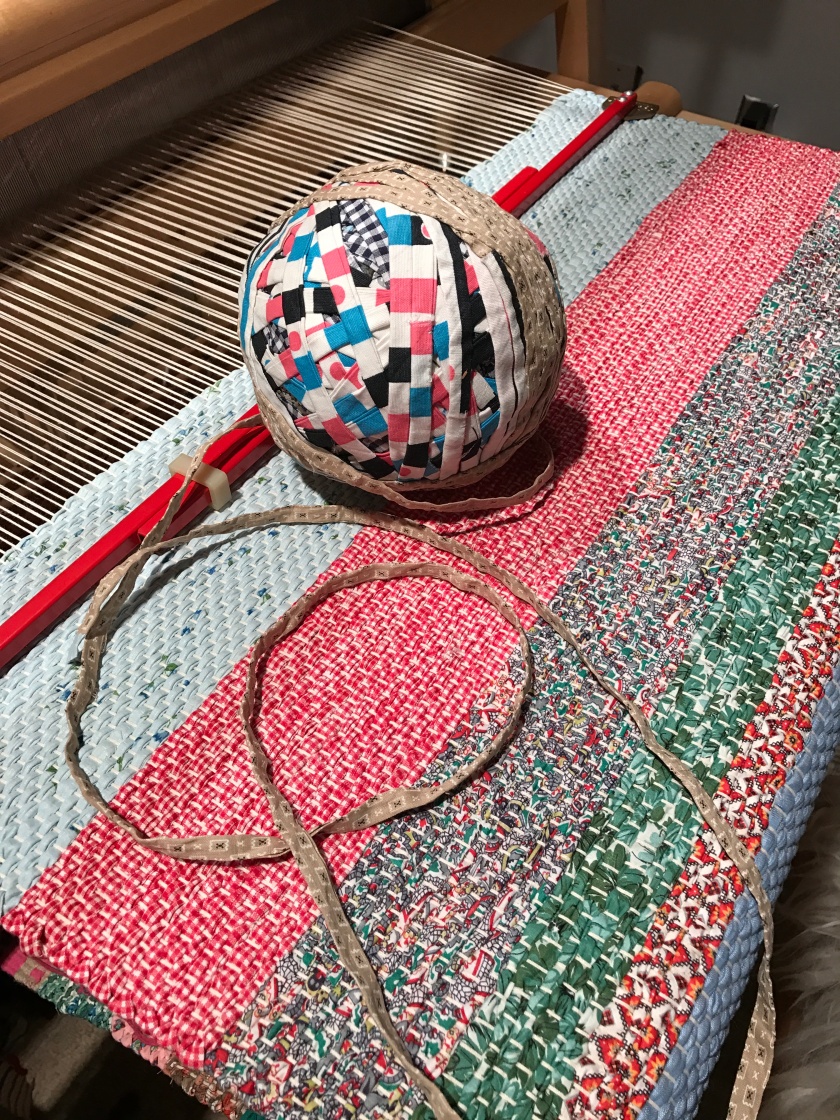 It didn’t work, and I thought the resulting rug was stupid, just not appealing. 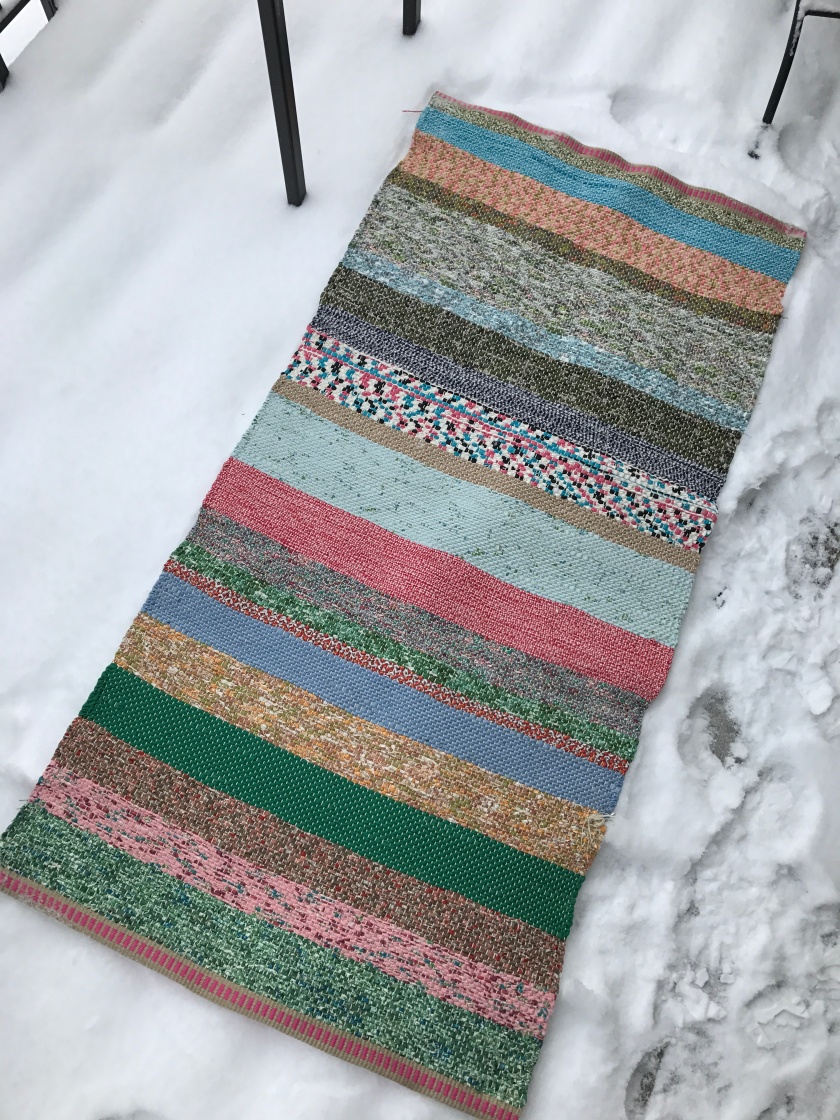 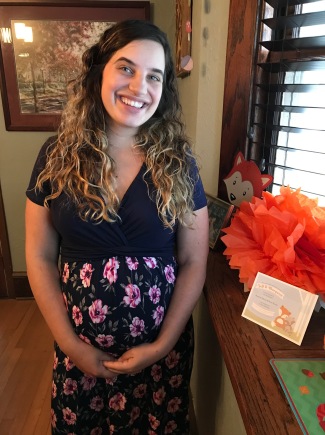 After the snowy January day of the photograph the rug was rolled up, unfinished, in my closet.  Fast forward to July.  I realized that I didn’t have many pieces to enter in the Minnesota State Fair because my newer pieces are in a Co-Curators Pop-Up Exhibit at Norway House, part of the “Traditional Norwegian Weaving: American Reboot” show.  I looked at the State Fair categories and noticed “Tote Bag,” and decided to make the rug I disliked into a toy-storing tote for Fitzgerald, who will be arriving in October, son of my daughter Margaret and her husband Jeff.

What a time-sucking endeavor! I almost tossed it out shortly after I began, but I was determined to redeem my weaving time.  It became a challenge. Below are photos of the finished tote, along with details showing the straps, top edge, and the bottom balsa-wood filled base for the bag.  I won’t be making any more rag rug totes. 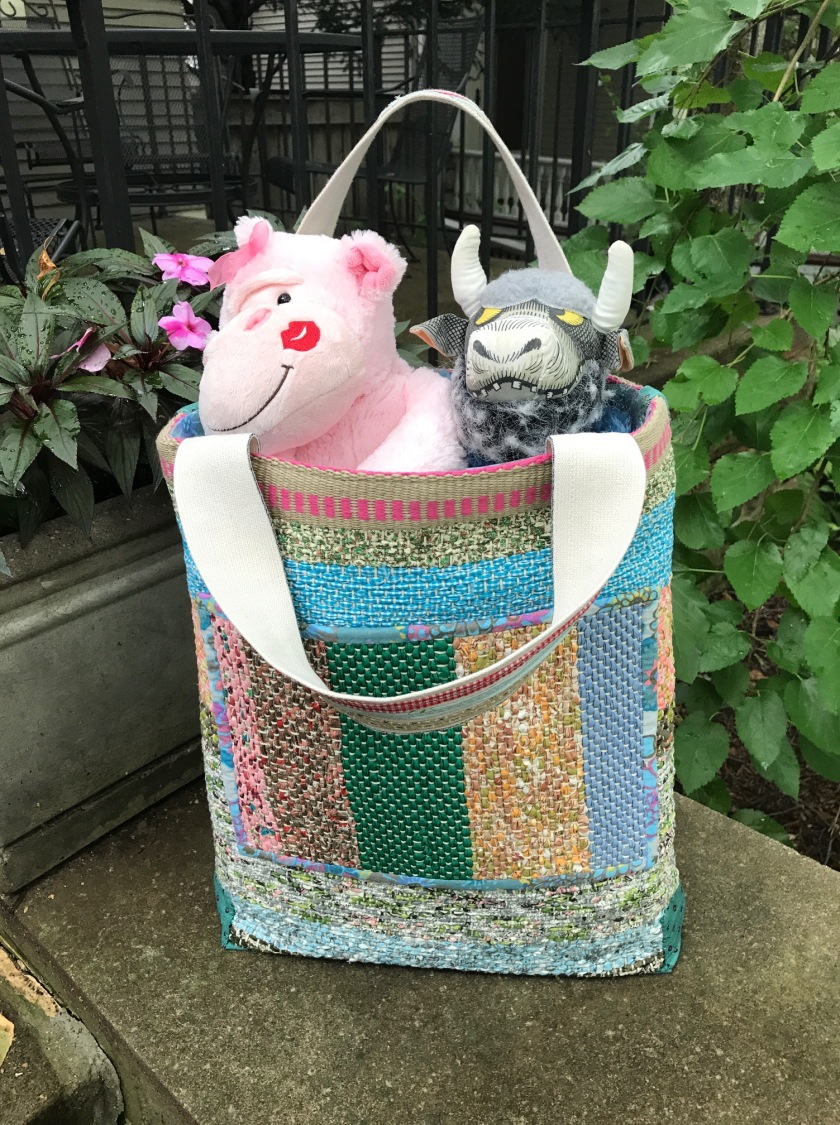 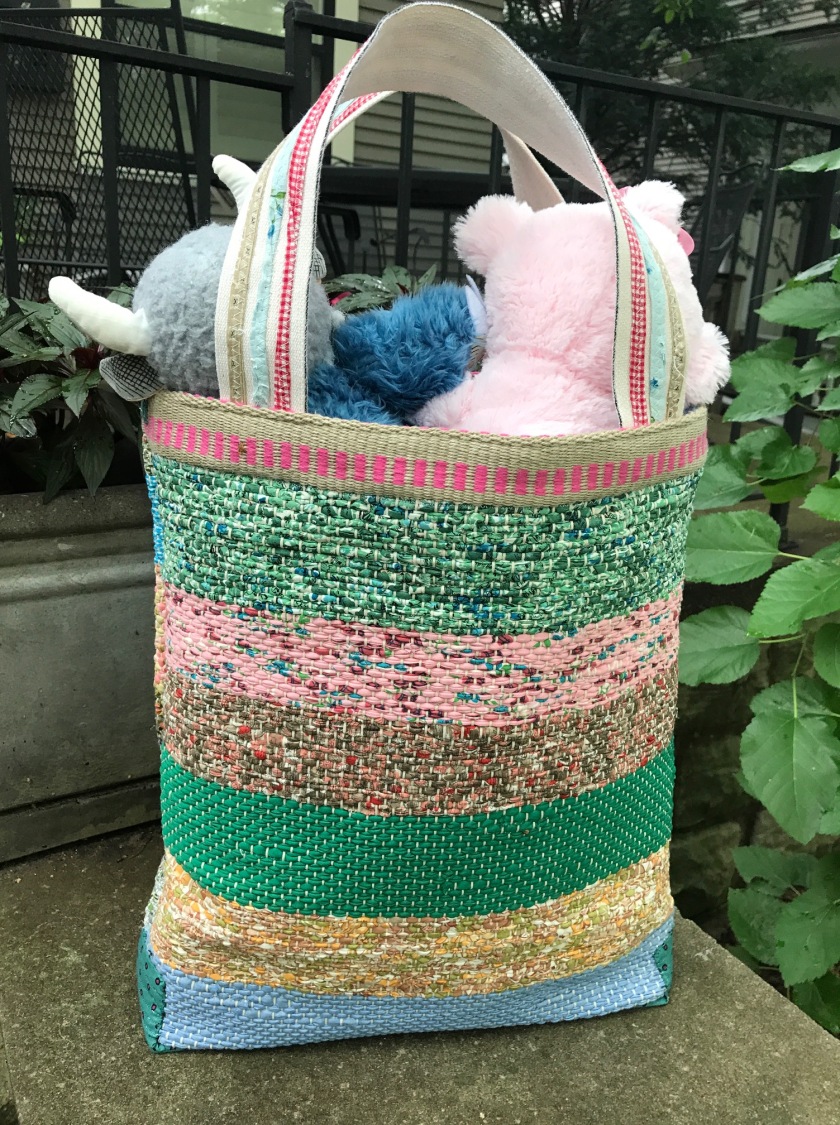 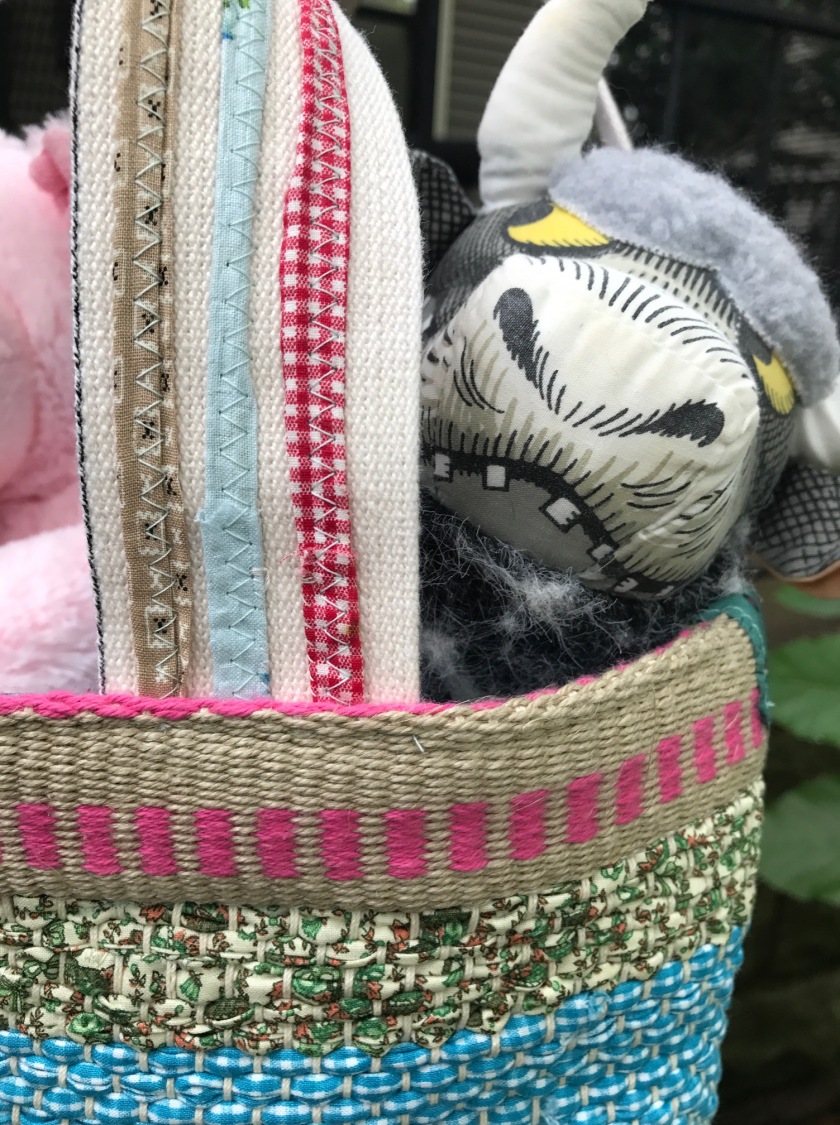 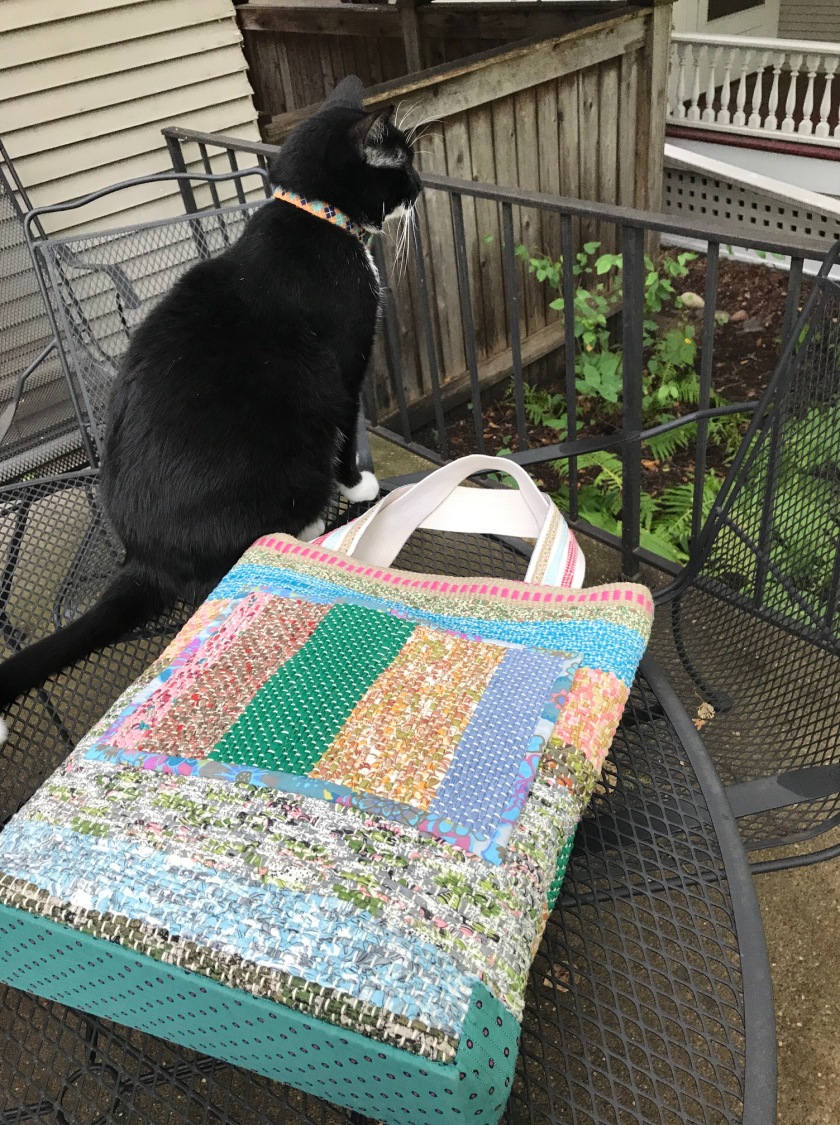