Today’s questions in my test, test, test mode for my North House Folk School class included whether yarns of different weights and type (plied vs singles) could be successfully combined when making nice fuzzy kavelfrans (the Scandinavian worm-like bands often found on mittens). The answer for today’s choice of disparate yarns was yes, it worked fine. Here are the gloves in various stages. 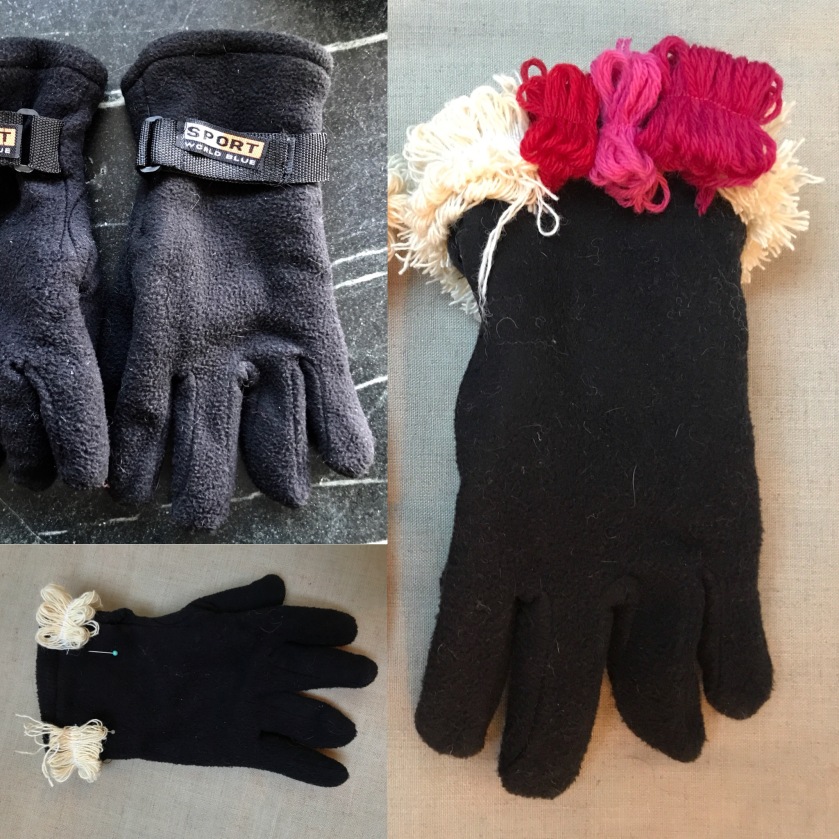 Here is a finished glove. 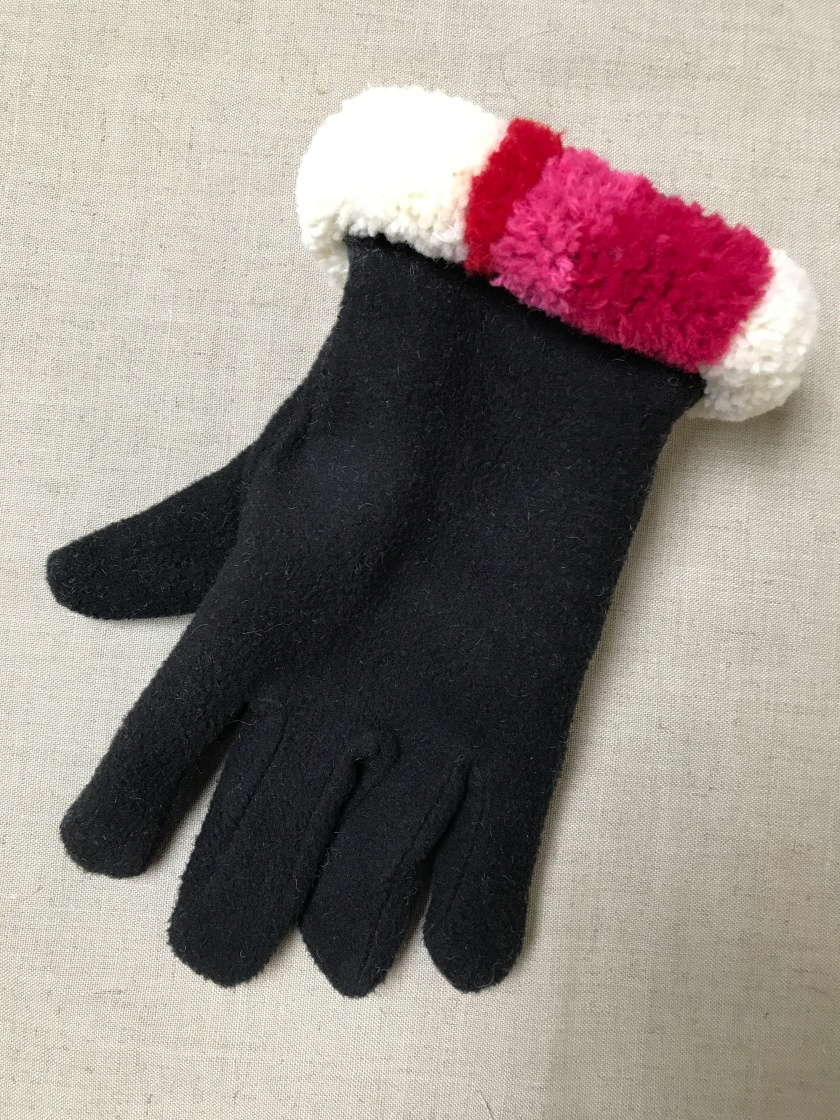 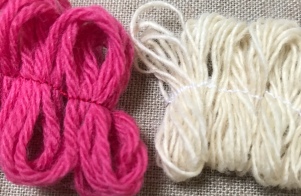 I started by using a cream-colored singles wool yarn of indeterminate origin. In my boxes of yarn from who-knows-where, I found a few tiny skeins of pink and red Danish Permin Zephyr tapestry wool for stripes. I knew that the white yarn would “bloom” significantly when exposed to steam, so I felt somewhat confident that they would work together.   When all the loops were sewn down and I began to steam, the white bloomed significantly and the pink and reds basically didn’t change–they were fluffed-up to start. 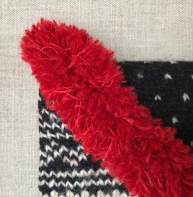 In all my kavelfrans testing I’ve discovered that yarns vary widely in how much they puff up when exposed to steam.  The white singles yarn puffs up magically, so when I used a similar singles, this time a Norwegian Rauma singles yarn, I was surprised when it did not bloom as well, or as evenly.  Here is it on the corner of an unfinished project.  It still looks cool, but it required needling in some additional loops to make it full enough.

Glove number two will be a perfect piece for demonstrating sewing and steaming techniques at my upcoming class.  Just a few weeks to go!