update!  Alert Swedish blog reader Laila pointed out that she is not familiar with krokbragd, but figured out quickly via Google that it is the same as burden rosengång.  Of course I should have used that term when writing about a piece that came from Sweden.  I’m just so Norway-centric that I automatically used the term I know so well, krokbragd.  Thanks for catching that, Laila.

My life is rich because I know important people who get me into wonderful places, like Phyllis Waggoner, who volunteers her expertise with the textile collection at the American Swedish Institute (ASI). Last week two lengths of a three-shaft rosepath, or krokbragd, coverlet were donated to the ASI. Phyllis and I stopped by for a first peek at it. The first thing we did was unroll them and lay them side by side; it’s pretty clear that they had been sewn together at one point. 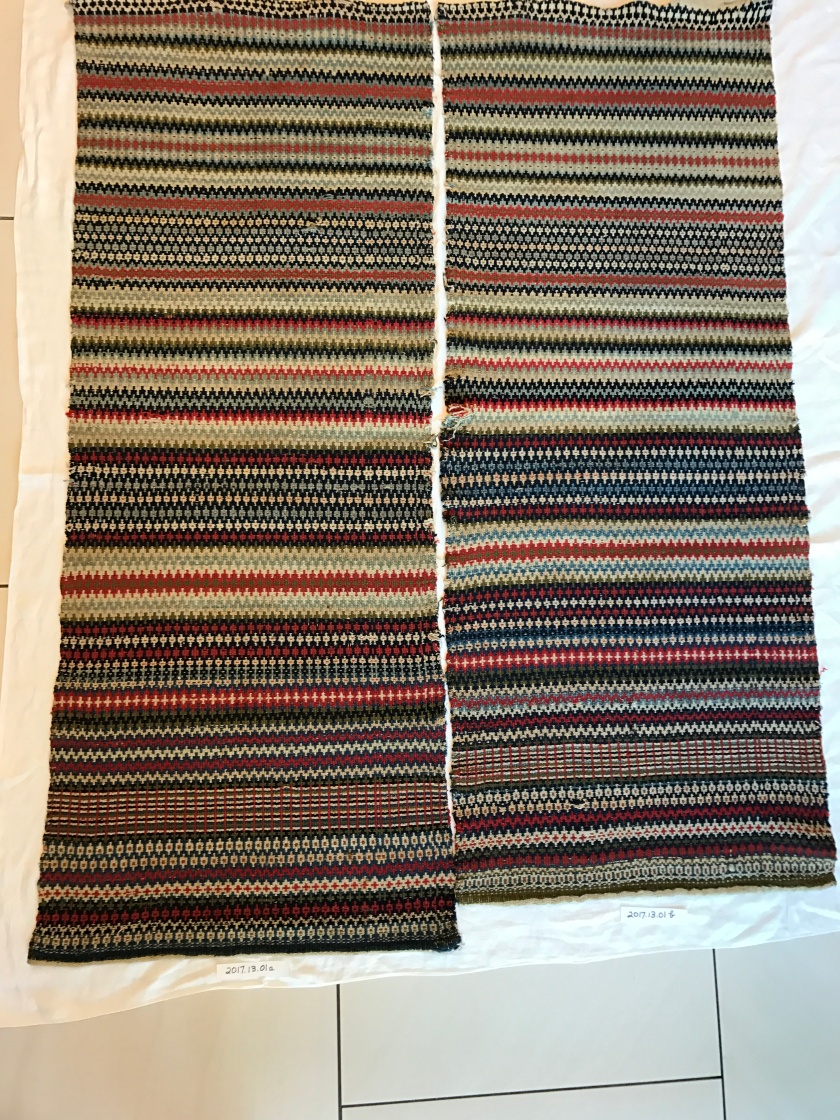 The krokbragd came from Sweden, and had been in possession of the owner’s family since at least the 1890s; there were no additional provenance details. It could have been woven much earlier. Phyllis believes that the warp is hemp.

The blue in these two matching sections has faded differently over the years, or maybe was never exactly the same, with different dye lots used at different points in the weaving.

Krokbragd is a type of boundweave, and has characteristic long floats on the back.  Here is a photo of the front and back.

At one point, a warp thread broke.  That was easy to see.

When Phyllis looked at the pieces more closely, a couple of days later, she spotted a threading error.  Can you see it? There is one line where there is a “double krokbragd” rather than a “single krokbragd.”

Also on her closer examination, Phyllis noticed that the very end of the shorter piece included rag weft, fabric strips.   Starting about the middle to the end, the weaver must have run out of yarn and substituted a thin beige colored cotton fabric strip as weft.

In the two photos below, of the front and back, see if you can see the light tan color of the rag strip interspersed in the yarn.

Weaving a krokbragd is a wonderful puzzle; once you learn the simple language, you create a myriad of possibilities by shifting patterns and colors.  The following details of bands may spark your own ideas. 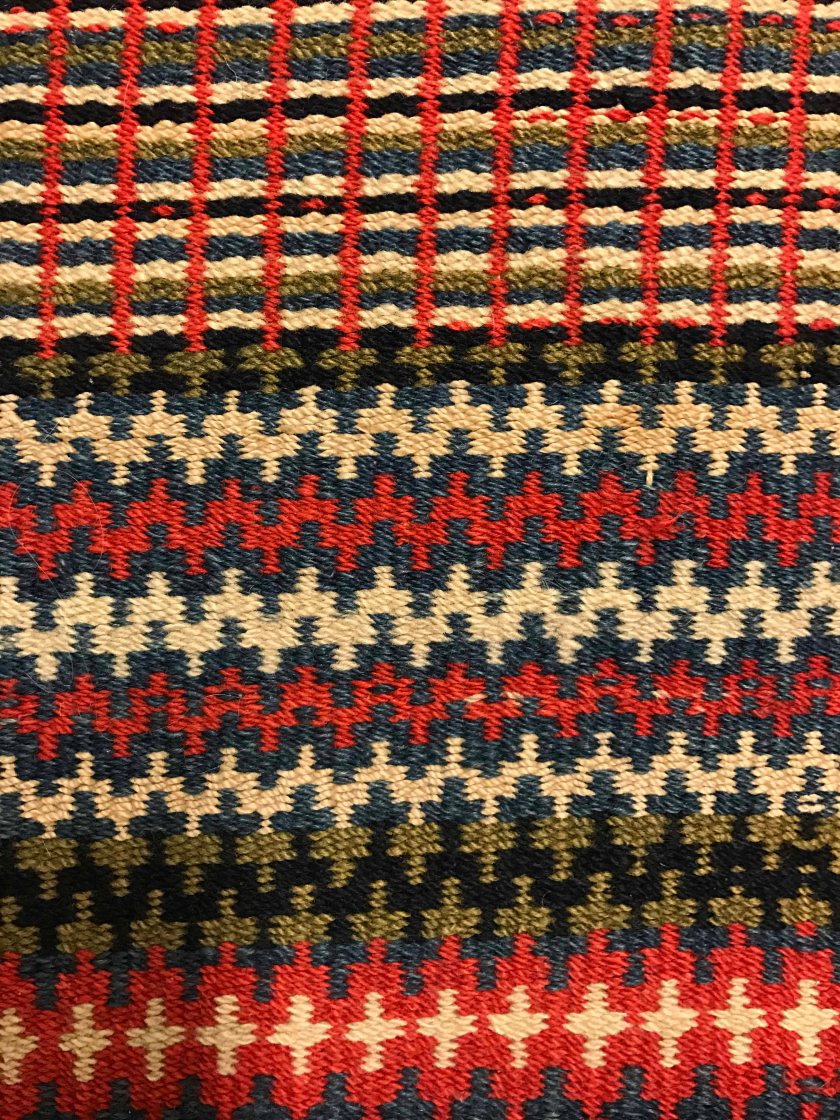 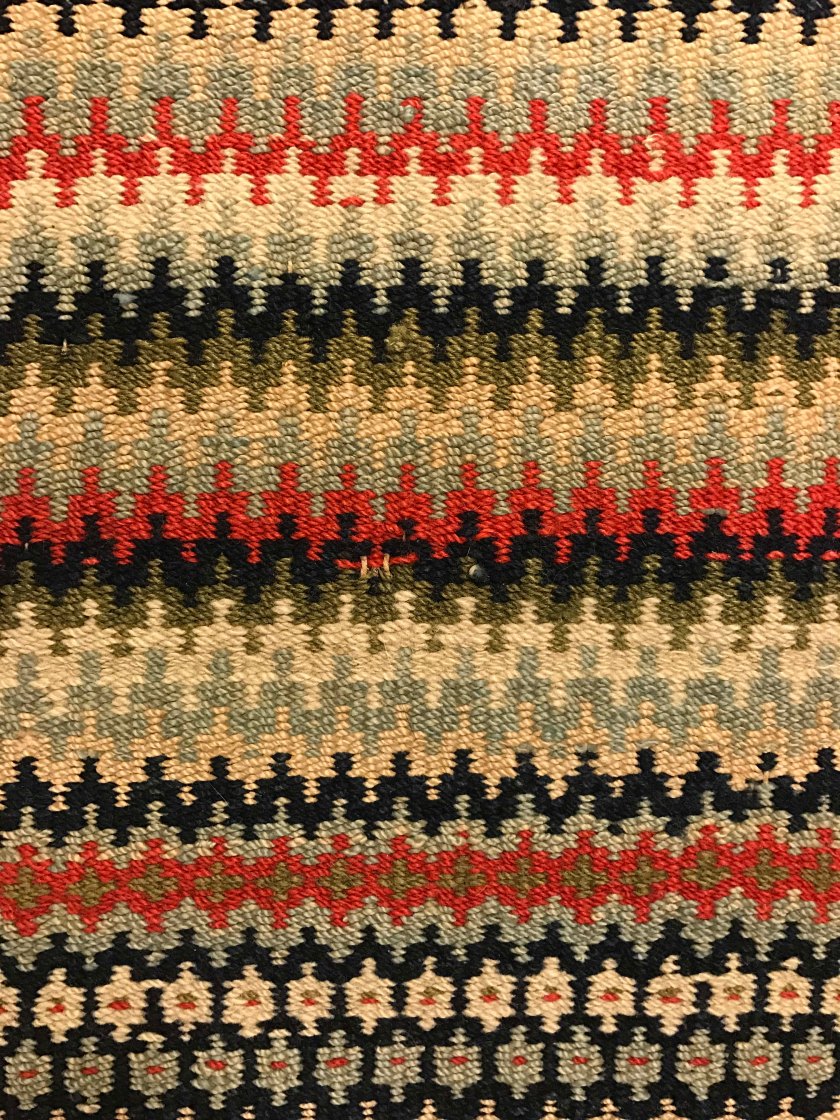 And finally, these charming carved men, who just happened to be on the same workroom table as the krokbragd, were either amazed, or just singing. 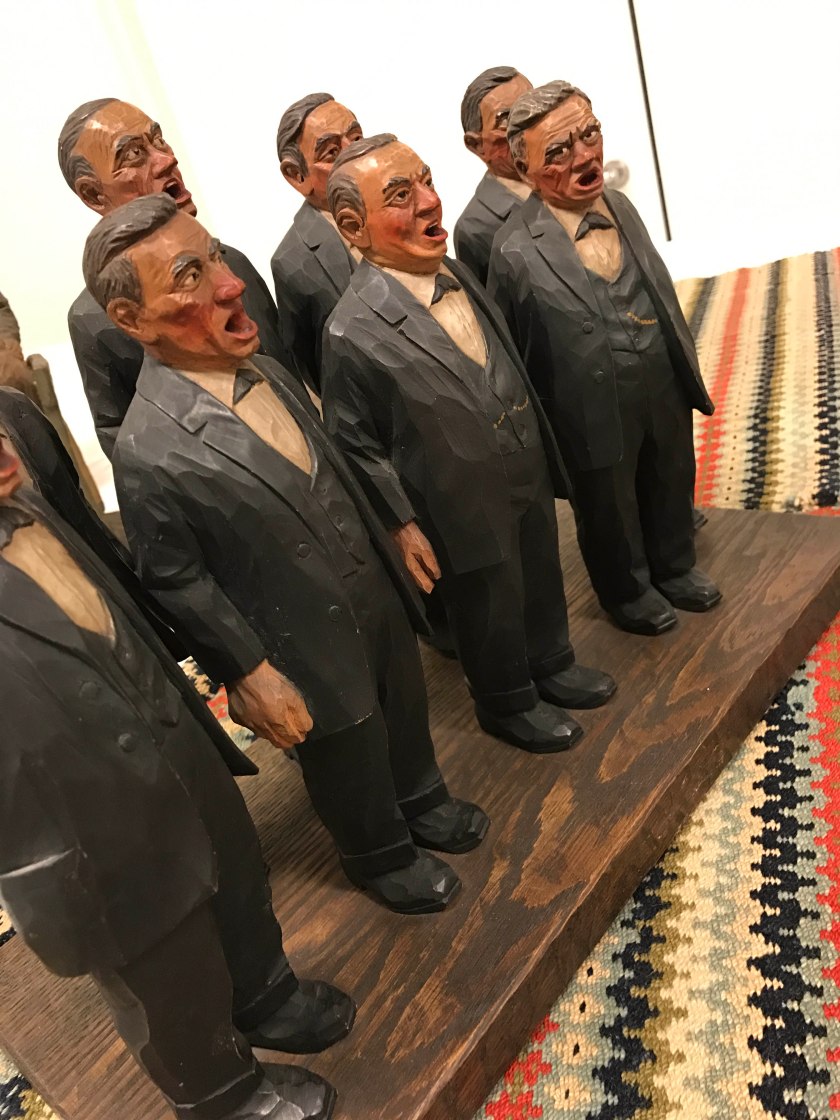