Once the warp threads are hanging from the top of the loom, and the weights are attached at the bottom, the next step is to make a chain across the threads in the front shed, and along the back shed.  This is to space the warp, roughly.  You make the chain at a comfortable height for working, and then slide it down the threads, lower down toward the weights.  If you look carefully, you can see the chain, already moved down, on the front shed, and see the back shed barely swinging behind. The front shed was not so difficult to chain, because the warp threads were lying taut against the bottom board.  The back shed was difficult to chain because the threads were hanging down freely (though weighted of course).  Those threads were more wiggly. It was impossible to make the chaining perfectly spaced, in either shed.

This varafeldur hanging will be woven in plain weave, with the pile added using a traditional Icelandic knot.  It is different than a regular rya knot that some readers may use.  This knot, using unspun fleece, is laid under two-three warp threads, and looped around the final one, as in the illustration below (taken from an Icelandic Yearbook). 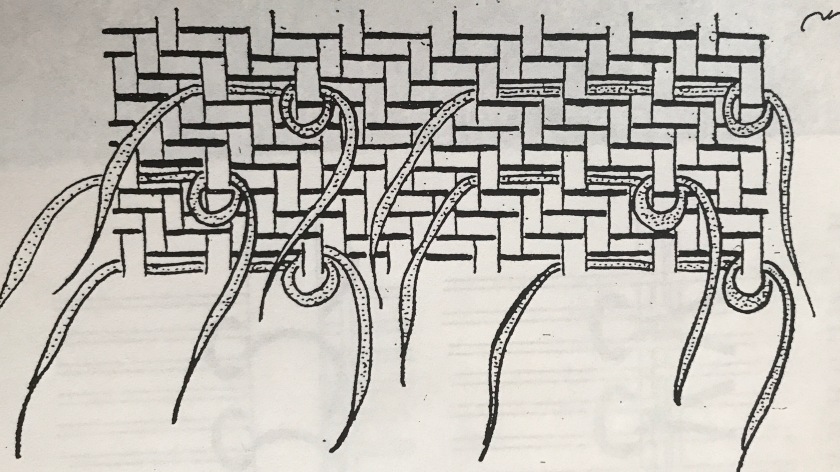 I used this Icelandic knot technique several years ago (on my floor loom, not a warp-weighted loom), after buying what looked like a TON of curly fleece.  I intended to make a wall hanging featuring bands of various types of fleece.  As I wove I discovered that the technique used much more fleece than I expected, and my bag was soon empty.  I called the friend who sold me the fleece to order more.  Unfortunately that fleece was gone, but she had curly fleece from a different variety of sheep.  When I began to weave with the new fleece–YUCK!  While it was beautiful, the gray lanolin-filled fleece seemed to have the exact consistency of my grandmother’s hair.  It was just an unpleasant weaving experience, so I stopped, and the piece became a much-used chair pad.  It’s been tucked in a chest, now, as it is worn and not so pretty, but I took it out to photograph. 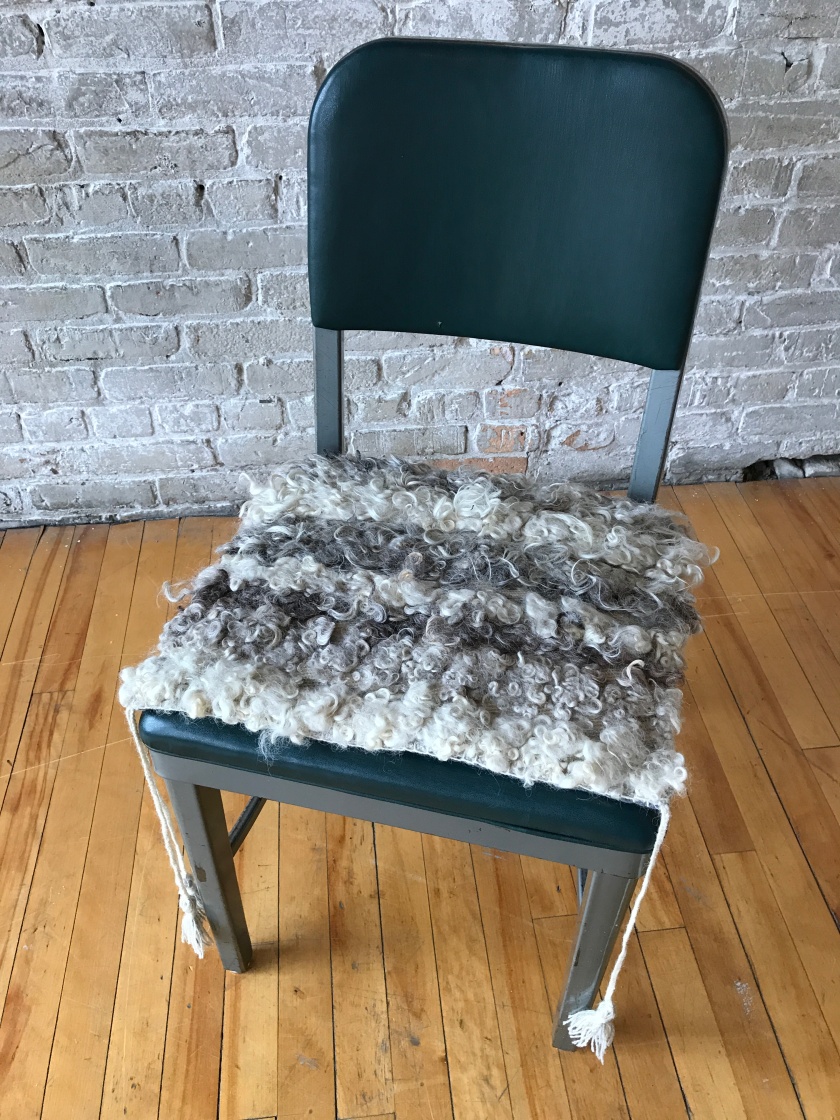 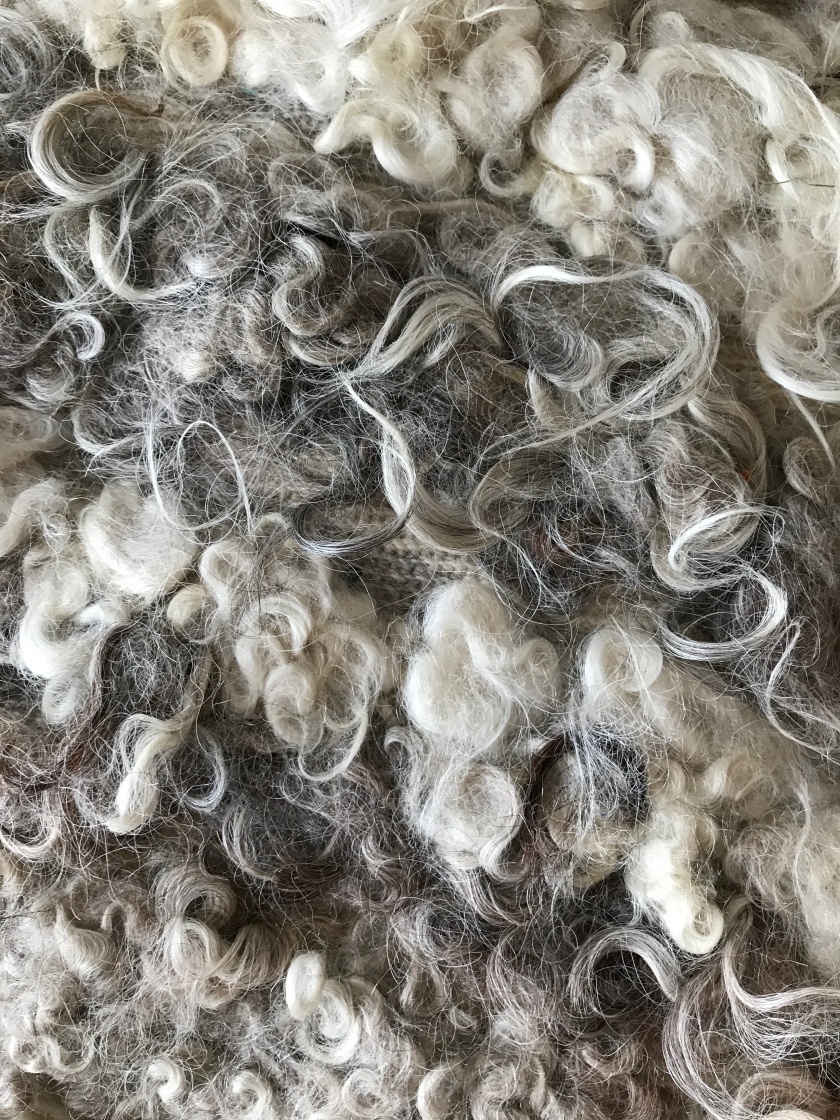 This warp-weighted experiment is a fun challenge, especially because so many people are involved in supplying fleece and spinning and helping along the way.  Connie LaTendresse wound the warp on Tuesday, and afterwards she thanked ME.  “Oh, I love to wind warps,” she assured me. Having a weaving community is great.