Of the many interesting stops on the Vesterheim 2017 Textile Tour, none had a particular focus on krokbragd, a popular type of Norwegian weave structure.  Yet… they keep showing up. The latest was today, as I walked the streets of Bergen after a favorite hike up Mount Fløyen.  Bergen is mobbed with tourists, and they were all visiting the shops along the harbor.  Several of the stores are crowded with beautiful sweaters, but not much weaving; it’s my theory that the space that was devoted to Norwegian weavings a couple of decades ago is now taken over by Oleana sweaters–which are gorgeous.

Krokbragds in small piles came in two sizes; 34 cm x 70 cm (about $140), and 50 cm x 110 cm (about $235).  Here’s the smaller and the larger in the color path I liked best. They all had slight variations, but were largely uniform.  The one I looked at most closely could have been woven a bit more tightly, but production krokbragd weaving obviously leads to nice straight edges. 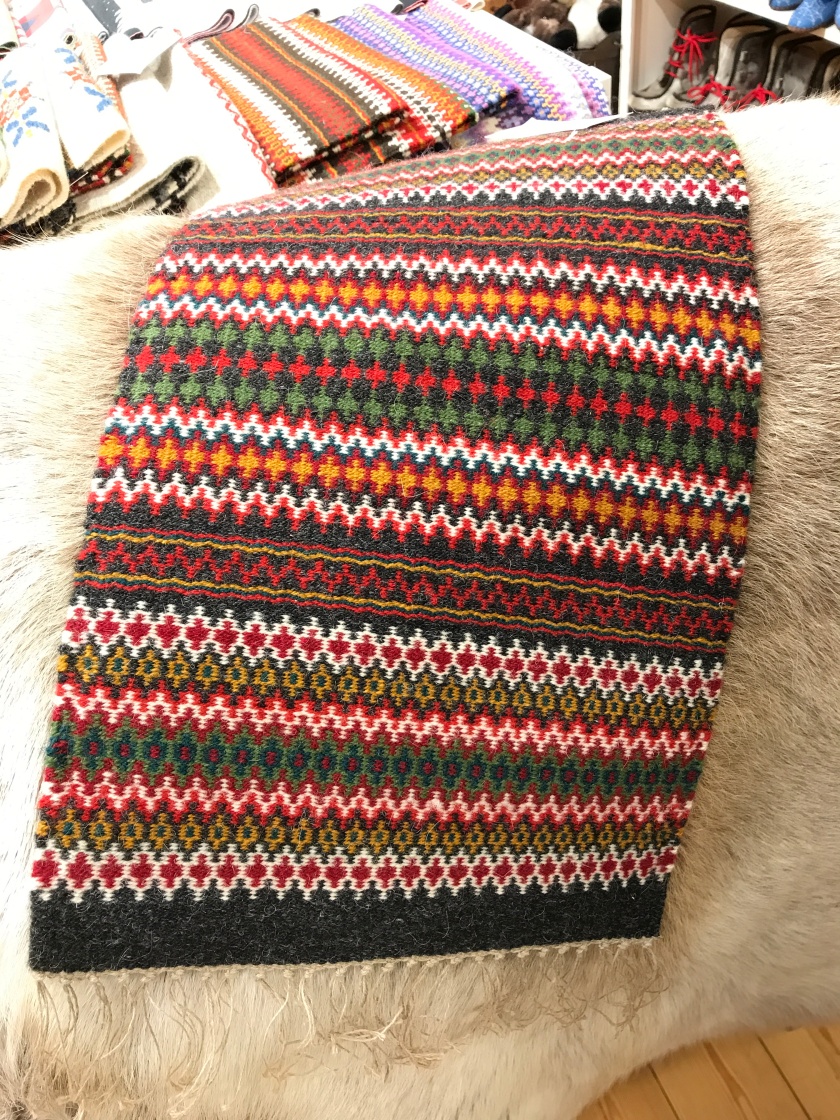 A funny thing at the second store (with the same weavings) was that almost all the pieces in the stack of seven or so were folded inside out.  I said that (very nicely) to the young clerk nearby.  Oh no, she came over and showed me, they are just as nice on both sides. I wasn’t going to argue. 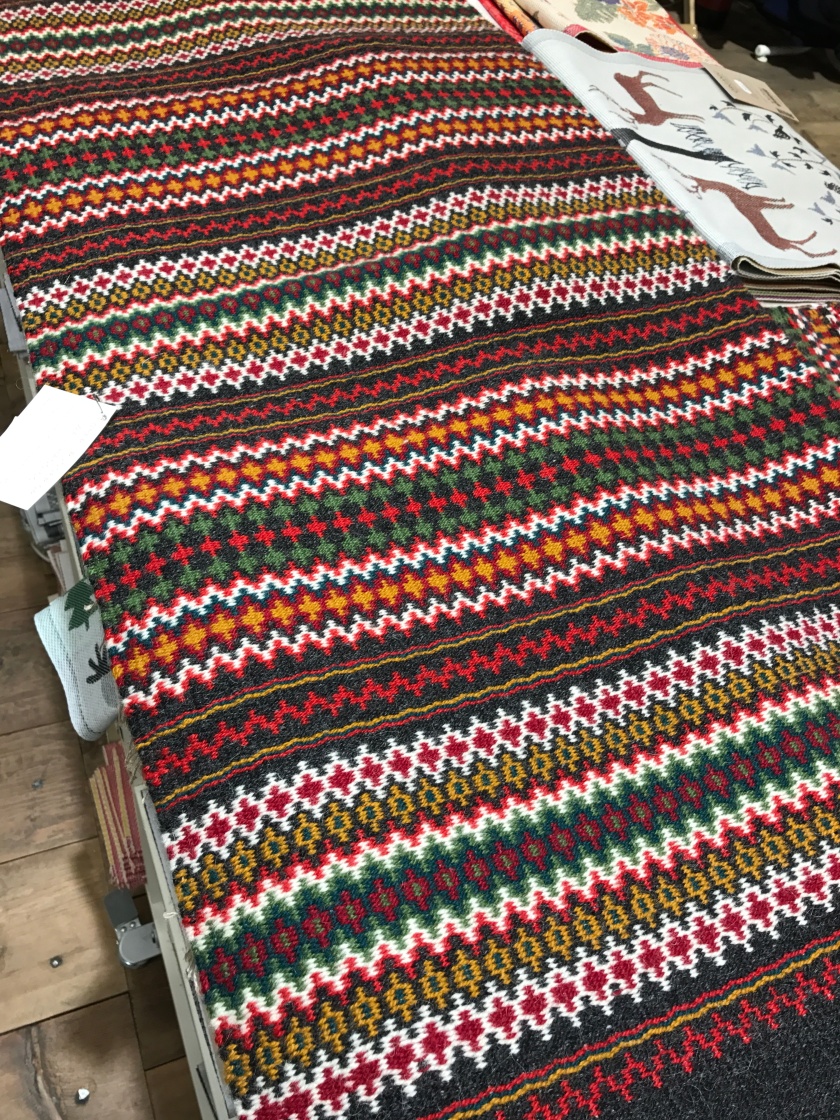 When we were in Stavanger we visited the home of tapestry artist Frida Hansen, now a museum.  The guide, because she knew our group had an interest in textiles, brought some weavings from home, ones made by her mother.  It included this krokbragd.

One of my favorite things to do with old weavings is to turn them over.  If the colors are faded, the back side will show you more vibrant colors, closer to the original.

She sort of dismissed the textiles she brought as just being everyday, nothing special.  But I thought that this rutevev (square weave) was especially lovely. (The photo shows just a portion.)

We also saw krokbragd weavings at the Kristiansand Museum, which I included in a previous post, here.