Although I visited several museums during my time in NYC this year, my week was notable for research rather than gallery gazing. I was on the hunt for information on Frida Hansen’s “Southward” tapestry, and on Norwegian tapestry generally. I didn’t make any earth-shattering discoveries, but uncovered much interesting information, to be revealed in future posts.

At the New York Public Library I browsed through old books and catalogs of exhibitions, finding more clues about when “Southward” had been shown. I was mostly in the Art and Architecture Room, through the doors at the end of the Main Reading Room, shown in this photo.

I knew from newspaper accounts that “Southward” had been exhibited at 1929 Women’s Exposition of Arts and Industries.” This is the front cover of the Exposition brochure.

The owner of “Southward” was mentioned, Berthe Aske Bergh.

The list of exhibitors was wide-ranging, from fashion consultants, the League of Nations, and a phrenologist. The women’s lounge was sponsored by Chesterfield—free cigarettes!

One afternoon I browsed the stacks at the library at the Cooper Hewitt, both for materials on Frida Hansen and on Norwegian tapestry generally, with the expert help of Nilda Gomez. I was especially eager to see was a small exhibition book about Frida Hansen’s transparencies and others who wove in her technique. It wasn’t on the shelf, but Nilda found it the next day. She emailed me to see if I would be able to make it back up to Cooper Hewitt to see it, and since I was down in Brooklyn, she just scanned it for me—that was extraordinarily nice of her.

In a catalog of a German exhibition of Norwegian tapestries, I saw some older pieces I had not seen before. There was this charming animal. 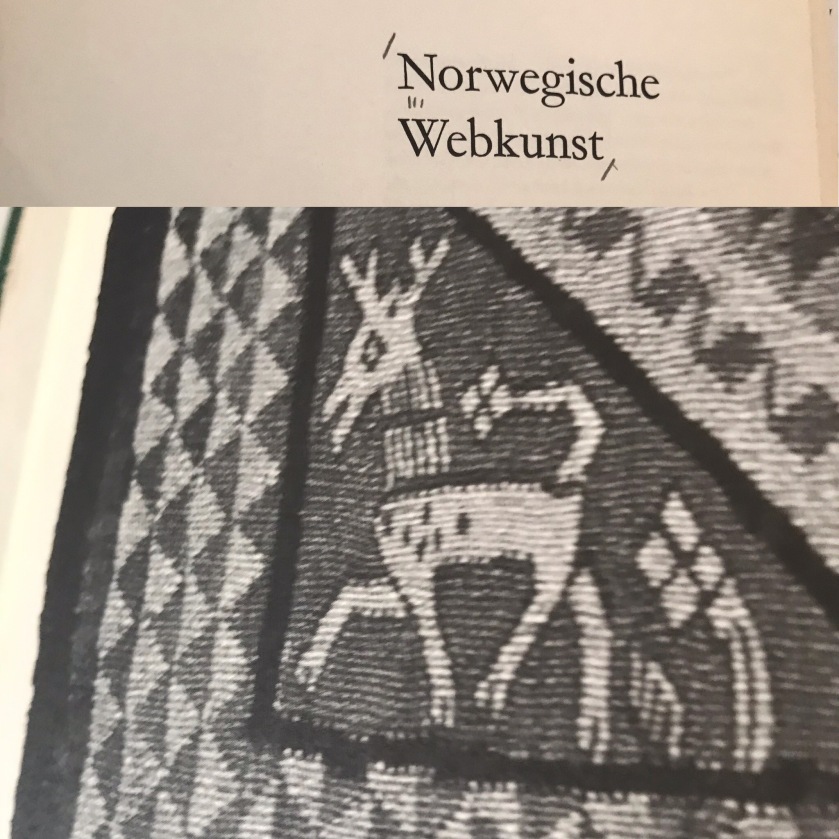 And this charming head, thought to be either Medusa or an angel. (I’m guessing it was an angel.) 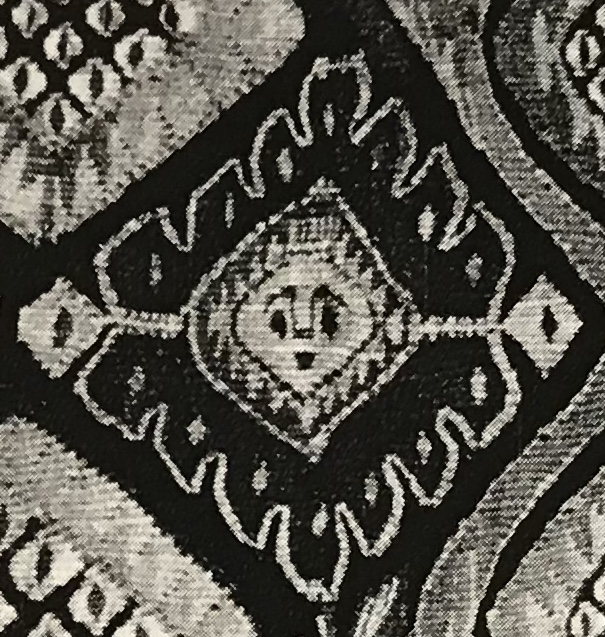 On Friday, I took the subway to Surrogate’s Court in Brooklyn to discover if Berthe Aske Bergh left a will when she died in 1954, and if it mentioned Frida Hansen’s “Southward” tapestry. NO LUCK, but it was fun consulting the card catalog of names, often hand-written, and to walk through the bustling courthouse, with lawyers talking to clients in the halls. I felt like I had stumbled into an old episode of “Law and Order.” 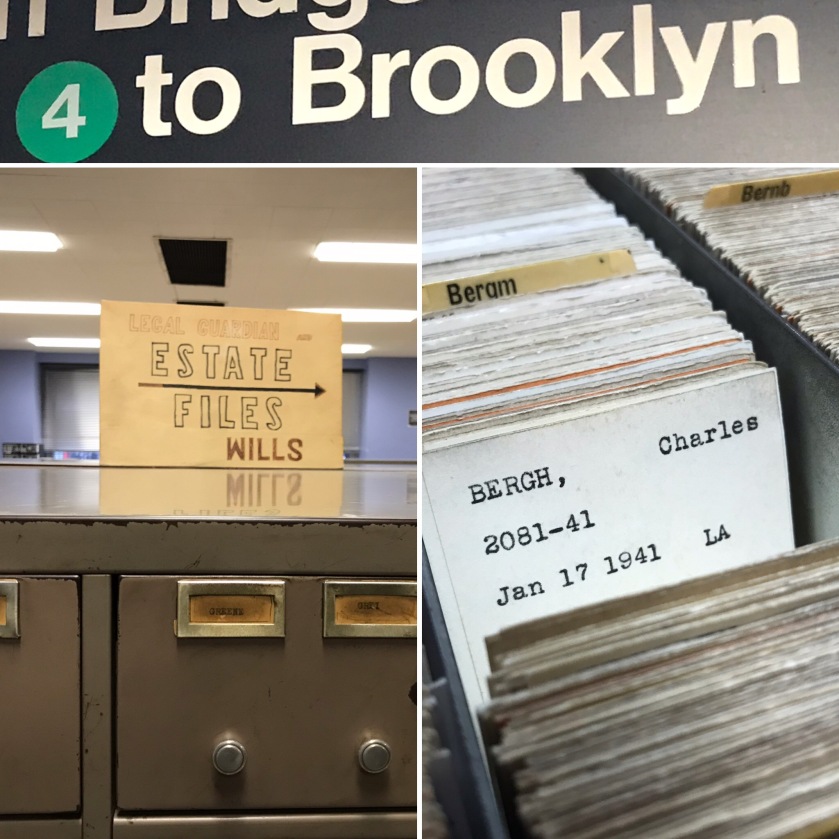 My final research venue was the Brooklyn Museum, where I discovered several interesting things in a folder of materials relating to the 1931 “Modern Tapestries” exhibit at the museum. It was interesting to see that the sale price for “Southward,” the tapestry I am researching, was higher than any other tapestry in the show, by far. (Here is page one of the three sheets listing the works.)

There is more work to be done at the Brooklyn Museum. I wrote to ask whether there are sales records from the show, as they were not in that file.  I hope to hear back.

It was a wonderful week, despite the cold that attacked me at the end.  I managed to visit the Hilma of Klint show at the Guggenheim, at which the first room was a spectacular mash of organic shapes and color, and most other pieces, outlining her work with the unseen, left me uninterested.