On the last day of my stay at Frida Hansens Hus in Stavanger, I walked downtown to the Domkirke, the Stavanger Cathedral, home to Frida Hansen’s last monumental tapestry, truly huge at 11.5′ x 8.2′. This tapestry has a very Norwegian theme.  It was created to celebrate the 900th anniversary of Christianity in Norway, and was originally commissioned by an American Museum. However, Frida Hansen wanted to keep it in Norway.  She wove it from 1927 until her death in 1931, and it was completed by her daughter, Elise Levy, and daughter-in-law Signe de Levy.

King Olav kneels in the center, flanked by representatives of the state and church.  The Norwegian glacier, Folgefonnen, is in the background, and Frida Hansen had reached that point before she died. In 1934 the citizens of Stavanger raised money for the tapestry to be hung in the Cathedral in Stavanger.

I found it a bit sad; the colors must be badly faded, and it’s difficult to discern much of the design. The cape of St. Olav must have been much brighter at one time; it hardly looks royal any longer. 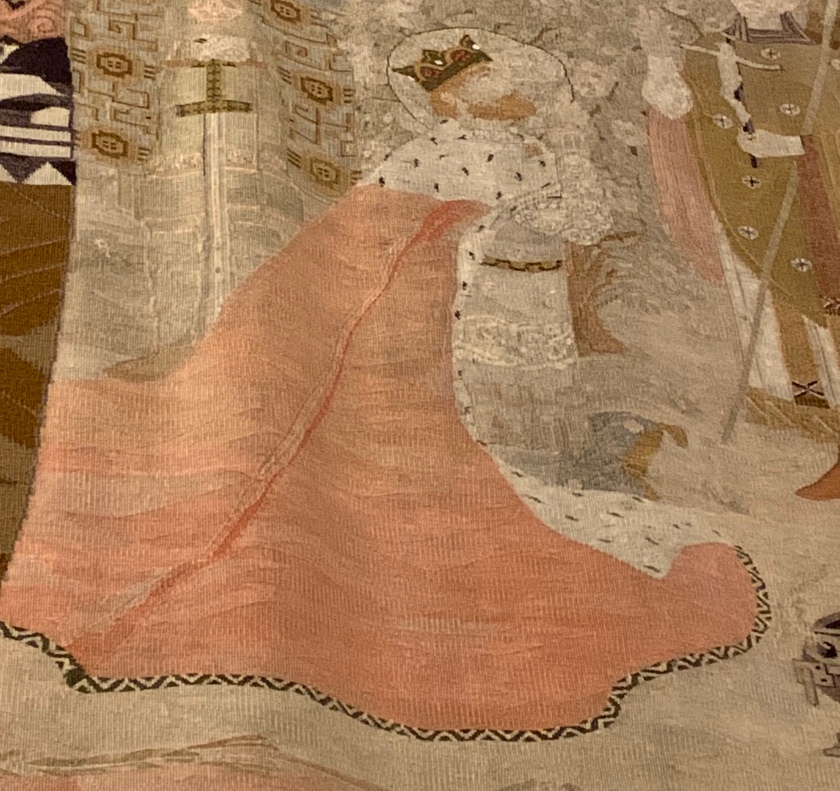 I think this tapestry, in its design and motif, is an indication of Frida Hansen’s devotion to historical Norwegian billedvev. She is unquestionably a very skilled tapestry weaver.  Look at subtle detail of the area where the rocks and incense burner are reflected in the water in front of them. 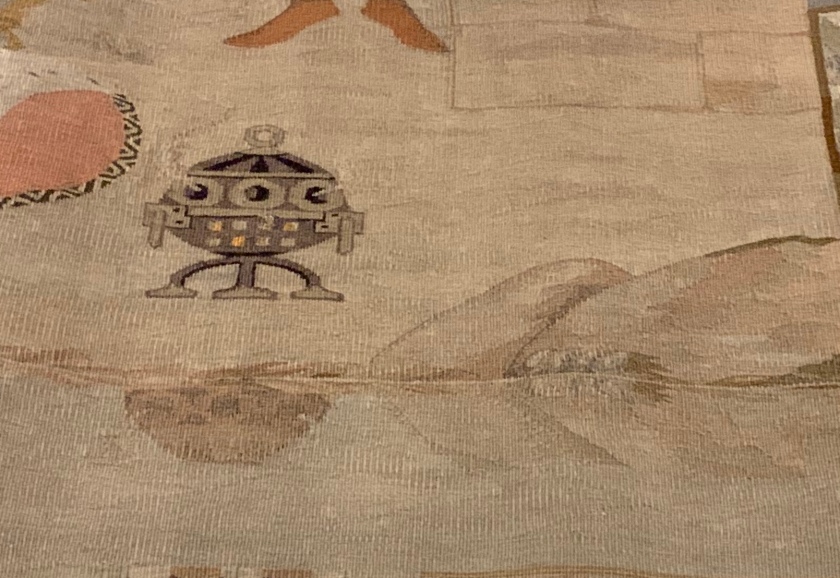 Yet when she weaves the soldier-figures at the top, she chooses to use the flat, abstracted style common to tapestries woven in Norway centuries before.

And isn’t this a wonderful Viking ship, full of pattern?

My admiration for Frida Hansen only grows as I learn more about her life and work. She had determination to be successful with her art, and dedication to preserving and reinvigorating the tapestry tradition of the past.