My great-uncle Edwin Marine Wurden served in World War I and returned home to farm for many years in East Grand Forks, Minnesota.  He’s the latest in my series of family tapestries, ready in time to send in to the American Tapestry Alliance Unjuried Small Format Show in Milwaukee this summer.  (It’s due by the end of the month, and I can’t believe I’m not weaving on the last possible day.)

Here’s the inspiration photo.  I chose a wheat field background instead of the tree and building.  The small building is an abstracted image of a granary on the farm.  It burned down several years ago, but it was a meaningful building in my childhood, with empty wooden rooms and shafts of sunlight streaming from small, high windows (obviously, where the grain came in). 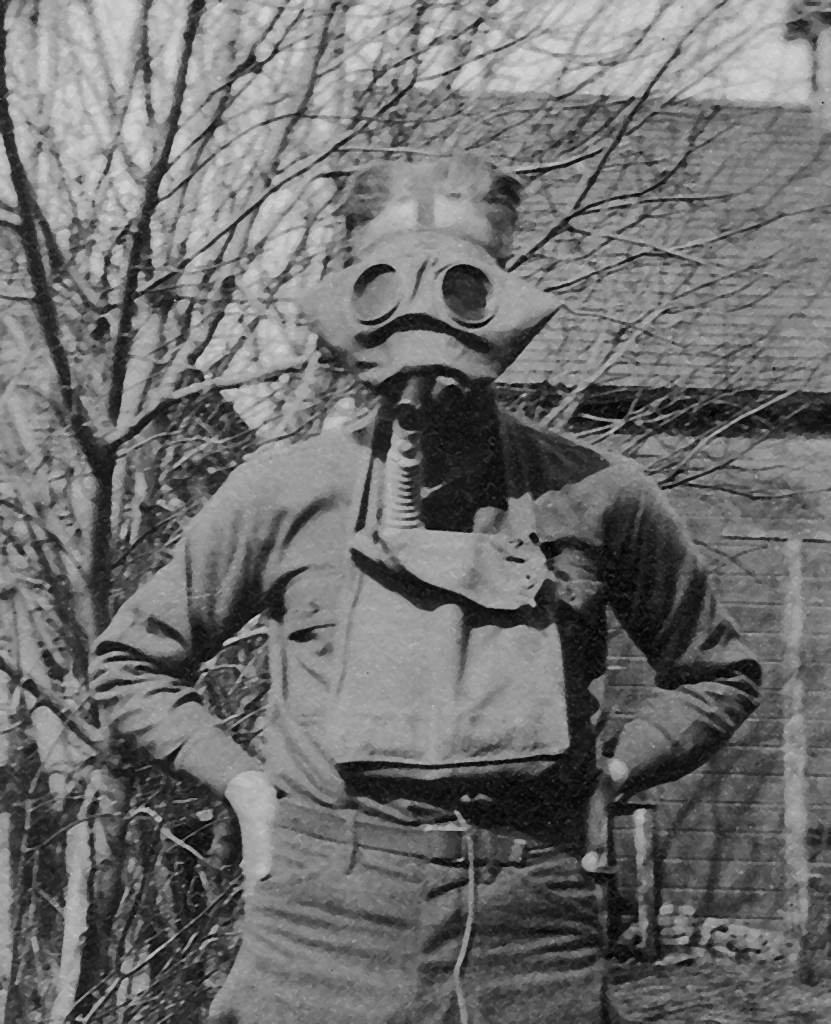 Another photo of Edwin.

My father died three years ago.  This photo was from a visit to Arizona to see my parents in 2009 with my sister Barbara Wurden, my dad Bob Wurden, and me.  During this trip I mentioned the photo I had of Edwin in the gas mask.  Dad reminisced, saying that when Edwin returned from the service, he came to the train station in Fisher, Minnesota, without telling anyone he was coming home.  He walked six miles to the farm in Bygland, changed his clothes, and began working.  “And he never talked about his experiences,” my father added, becoming tearful.  I’m not sure that was exactly true, because the photo of Edwin in the gas mask was obviously posed, and taken in front of a farm building. Still, I will never forget that my father recognized that his uncle’s experiences had been life-altering and serious, and he missed him.