On June 14, I had the great honor of attending an opening reception for an exhibit at the Copenhagen City Hall, “København 850 år,” the guest of Ulrikka Mokdad, a noted Copenhagen tapestry weaver.

Exhibit pieces were supposed to reflect Copenhagen.  As you can imagine, there were lots of paintings of city scenes, many featuring bicycles or The Little Mermaid statue. Ulrikka’s tapestry depicts a Thai woman, similar to many she has seen in her neighborhood. They may or may not be in Denmark of their own choosing, and work in basement businesses euphemistically labeled “Thai Massage.”  As Ulrikke said, “I don’t think if I went in there they would give ME a massage.” In her sensitive image she shows empathy with the plight of these women, far from home and in a grim situation.

I wished I’d checked my camera after taking a photo of Birgitta Hallberg and her tapestry; I caught the vibrance of neither of them.

The third tapestry artist represented was Anet Brusgaard, whose tapestries featuring runes I had only seen online before. They are very striking. 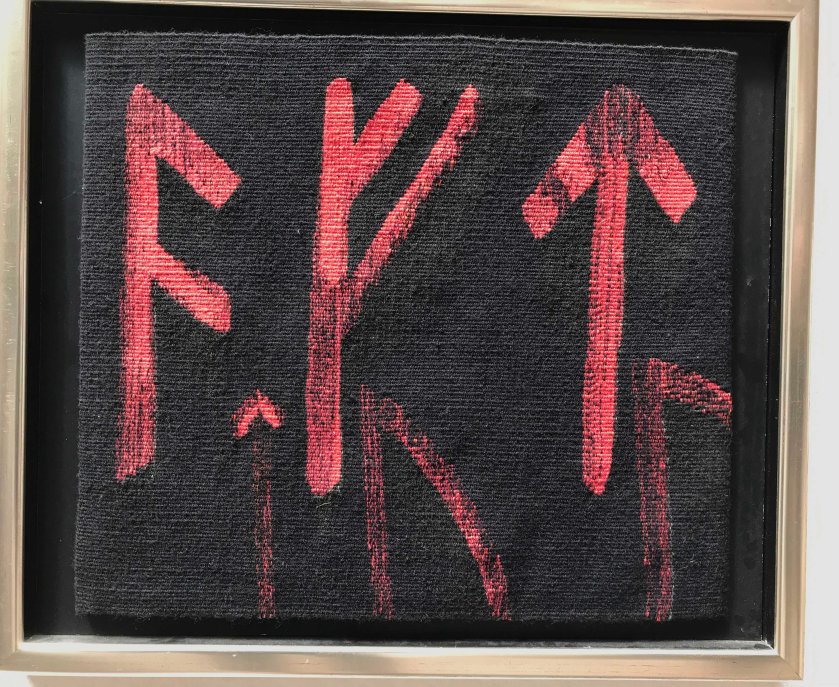 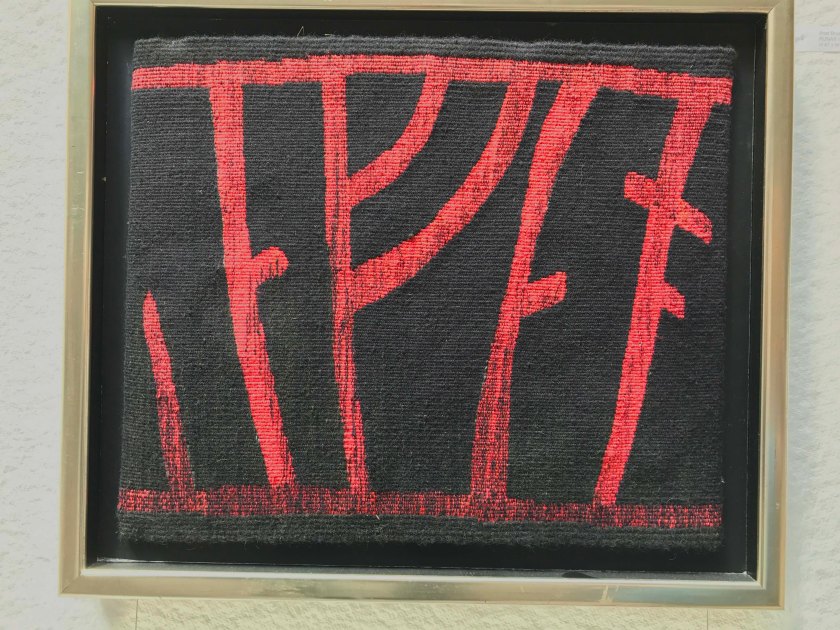 It’s not every day that you get invited to a reception at the Rådhus (City Hall), and get to eat their signature reception food, a rolled pancake filled with vanilla sauce.  They are even called “City pancakes,” and were touted on the printed invitation: “Ved reception serveres Rådhuspandekager.”   They were very good, but when I mentioned that to Ulrikka, she quickly said, “But not as good as my mother’s.”  Her parents were at the reception, and when Ulrikka asked her dad why her mother was even having a second one, considering their inferiority to her own, he said she had to–it was the first time she had attended a reception at City Hall! And I must say, they probably tasted even better because they were served on Royal Copenhagen china.

Copenhagen City Hall was designed by Martin Nyrop, based on the town hall of Sienna, Italy. It opened in 1905 (the same year as our Minnesota State Capitol).  I liked the beautiful Art Nouveau lettering around the perimeter of the interior, contrasting with the Italianate columns. 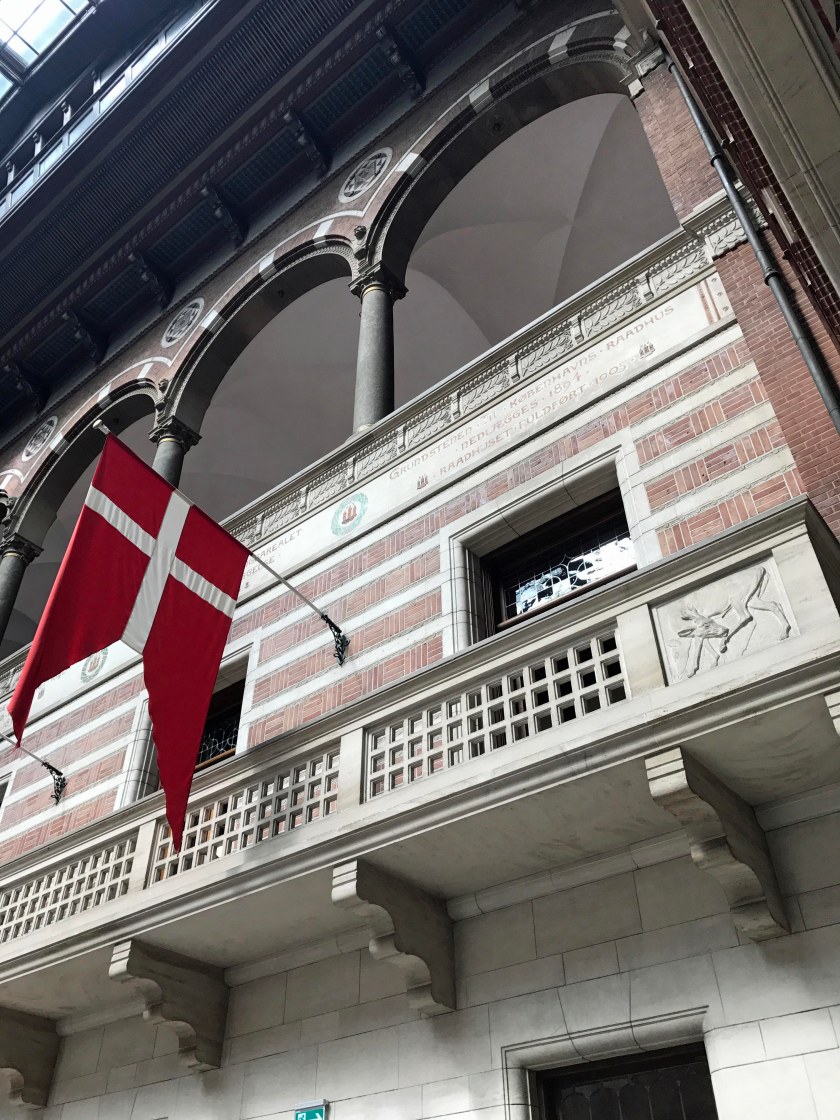 Afterwards I visited Ulrikka’s apartment in a nearby neighborhood.  That day her tapestry that was in the recent KARPIT tapestry exhibit in Hungary was delivered by her friend who also had a piece in KARPIT, Marianne Poulsen.  Stunning, stunning blues.

As a result of my day with Ulrikka, I mostly know about all the art and people and buildings I need to visit in Denmark on a future trip. I need to return.