It is perfectly logical, I recently learned, to occasionally be confused about the “right” translation for the Norwegian word åkle (or åklæ).  It is generally, and generically, translated as coverlet, but sometimes Norwegians have specific weave structures in mind when using the word.

Marta Kløve Juuhl arrived from Norway this month to teach warp-weighted loom classes at the Vesterheim Norwegian-American Museum, and stayed overnight before I drove her to Decorah. Her friend and colleague from the Osterøy museum, Solveig Jordal, was our guest, too. During our short Minneapolis sightseeing time, we stopped in at the Weavers Guild to meet with Melba Granlund, who showed us her newly-finished Viking dress.

In Decorah I enlisted Marta and Solveig to examine and comment on a beautiful båt rye (boat rya) owned by Norma Wangness. I stayed with Norma while teaching my Billedvev (Norwegian Tapestry) class in September, and she showed me this family piece, likely woven around 1850 or earlier, and brought to the U.S. by her husband’s great-grandfather. Lots of people are interested in old ryas, I thought–this would be a wonderful weaving to highlight in the next issue of The Norwegian Textile Letter. 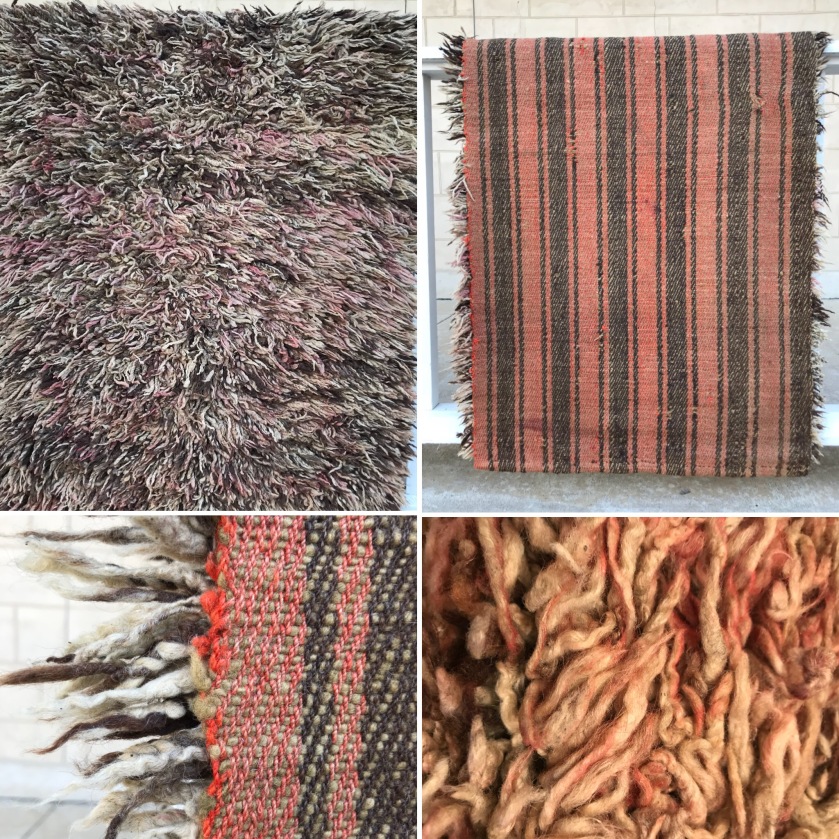 When Norma and her husband Willis received the rya from a relative in the 1990s, they had Lila Nelson, who was then the Textile Curator at Vesterheim, and her husband Marian, look at it.  Norma kept detailed notes, and wrote that Lila referred to the rya as an åkle.  “That’s right, of course,” Marta said, “But when we say åkle in Nordland, we mean a rutevev.”  Then she told me that she met someone else in Norway to whom åkle meant a skillbragd coverlet.  So–åkle is a general word for coverlet, but depending on where you are from in Norway, a specific weave structure might come to mind.

I learn so much from my friends! Also, talented houseguests give lovely gifts.  From Marta, my husband and I now have hand-woven linen shower mitts.  We’ll have no excuse for layers of dead skin. 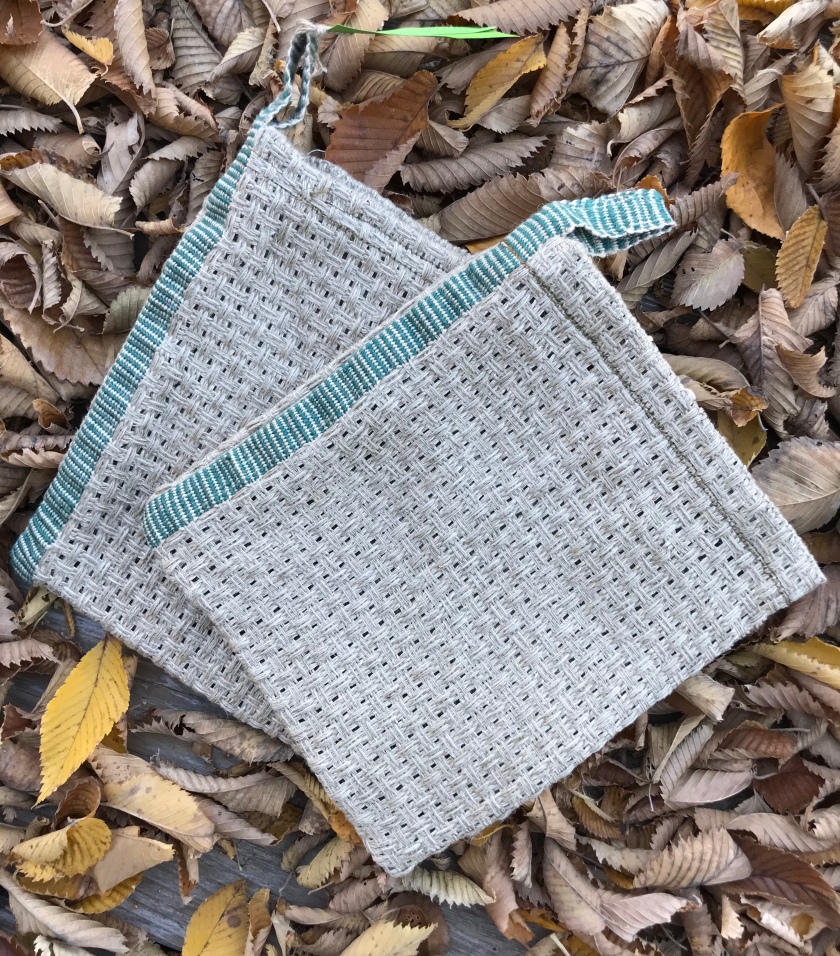 I look forward to hearing about Marta’s warp-weighted loom classes at Vesterheim. Students in one of the classes wove varafeldur, shaggy Icelandic pieces.  They were using locks from Iowa sheep for the pile, and had the option to combine various locks. 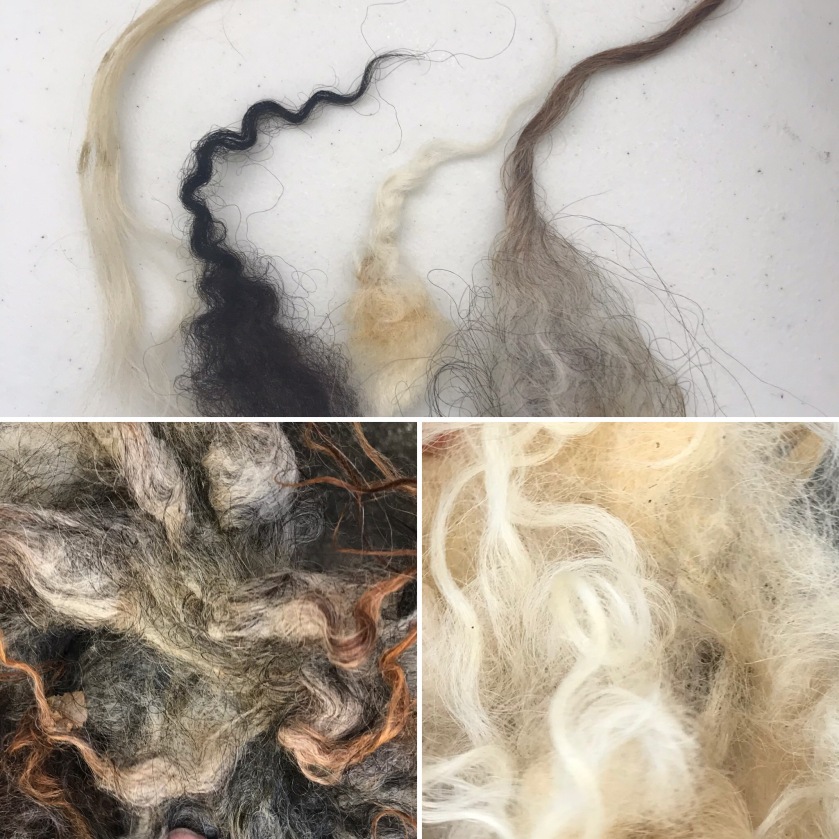