With generous grant support from the American-Scandinavian Foundation, I completed a weaving research adventure in Norway in May 2019. As a fellow in the Scandinavian Folk Arts and Cultural Traditions program, I studied the life, works, and weaving techniques of famed Norwegian tapestry artist Frida Hansen.

In the past few years there has been a resurgence of interest in Frida Hansen (1855-1931). The Stavanger Kunstmuseum held a retrospective in 2015 and published a book, Frida Hansen: Art Nouveau i Full Blomst (Frida Hansen: Art Nouveau in Full Bloom). Hansen fit perfectly into the national romantic period at the end of the 19th century; she studied traditional coverlet and tapestry techniques, and dyes.  She was deeply interested in the qualities of Norwegian wool and medieval Norwegian tapestry techniques. 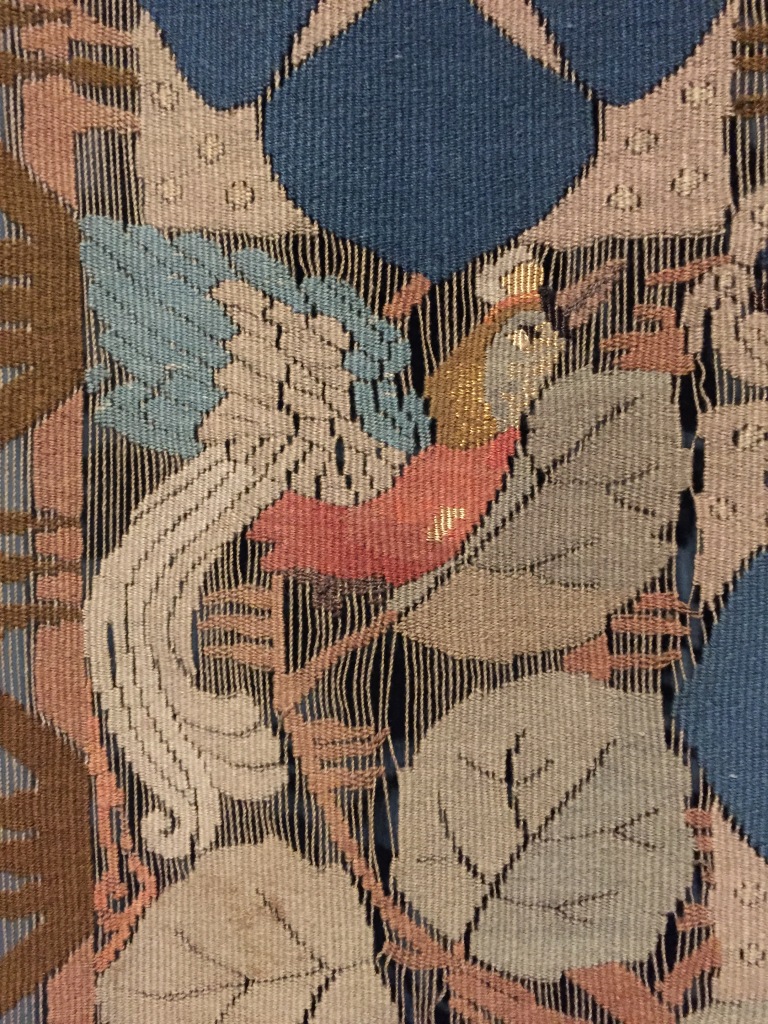 From May 4-22, I stayed at Frida Hansens Hus in Stavanger. I examined several of Hansen’s works in depth at the Stavanger Kunstmuseum, analyzed the weave structures, and talked with the curator. I wove a number of samples in order to learn Hansen’s signature open-warp transparency technique, and identify other trademark aspects of her billedvev (tapestry) technique.

Frida Hansen used yarn with a lustrous, hard finish, spun from the wool of Norway’s spelsau sheep. I tested yarns to see which work best for her techniques. I planned a larger piece to be completed this summer. 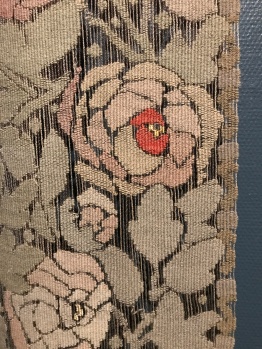 This fellowship is definitely enhancing my weaving practice and will enrich my teaching.  Look for an article in the Norwegian Textile Letter and lectures at Norway House, the Weavers Guild of Minnesota, and the Vesterheim Norwegian-American Museum. (Dates to be announced)

Read more about Frida Hansen in these pieces I’ve written:

From The Norwegian Textile Letter.  Frida Hansen: Will We Ever See Her Woven Swans and Maidens? https://norwegiantextileletter.com/article/missing-frida-hansen/

“A Centerpiece of the Stavanger Art Museum Frida Hansen Collection.”

Additional photos of her works are on the absolutetapestry.com site, and a quick Google search will turn up more articles and blog posts.